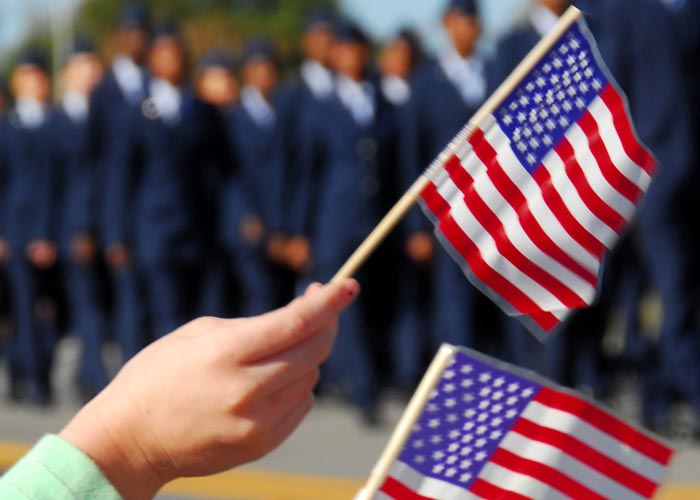 Our veteran disability lawyers in Kalamazoo, MI thoroughly understand VA disability law and will be able to help you achieve the best outcome for your claim. Read more about us!

Whether you need to file a VA disability claim for post-traumatic stress disorder or traumatic brain injury, you can trust our veterans attorneys to look out for your best interests. Our lawyers for veterans benefits can help walk you through the steps of the VA appeal process.

Continue reading to learn all about our accredited VA lawyers. Our VA disability lawyers have the knowledge, experience, and drive to help veterans just like you receive the compensation they deserve. To request a consultation, call the VA Disability Group at 1-844-VET-LAWS or (1-844-838-5297). Our veteran disability lawyers are here to help! Casey served as an Infantryman Paratrooper in the Army and an Intelligence Analyst in the Air Force. While in the Army, he tried out for and was selected as a member of a Scout Reconnaissance Platoon with the 2/505 Parachute Infantry Regiment. During his time with the Scout Platoon, Casey served on a Quick Reaction Force in the Middle East following the attack on the USS Cole. As an Intelligence Analyst with the Air Force, Casey worked with the 107th Fighter Squadron out of Selfridge Air Base, MI, and deployed to Iraq in support of Operation Iraqi Freedom (OIF).

Following his military service, Casey attended and graduated with honors from Cooley Law School. There he received several book awards, which are awarded to one student in each law class for superior academic performance. While attending Cooley Law School, he helped charter and was President of Cooley Law School’s Veteran’s Organization. Casey also routinely volunteered as a speaker and assisted in consultations with Cooley Law School’s pro bono “Service to Soldiers” program – a legal referral and assistance program for veterans returning from combat.

After obtaining his license to practice law in Michigan, Casey was employed as a claims adjudicator (rater) by the Veterans Benefits Administration of the Department of Veterans Affairs. There he became intimately familiar with processes and laws governing VA benefits, giving Casey an “insider’s” understanding as to how the VA decides claims. While employed by the VA, Casey realized the critical need for competent and effective veteran advocacy.

After being admitted to the Michigan Bar Association in 2011, Casey became a VA accredited attorney and was admitted to practice law before the U.S. Court of Appeals for Veterans Claims (CAVC). Casey is intimately familiar with laws governing veterans’ benefits and has competently represented veterans on appeal since he began practicing law in 2011.

Casey’s legal expertise, coupled with his experience as a former VA employee, uniquely qualifies him as an effective veteran disability attorney and advocate. Derek completed his undergraduate degree at Kalamazoo College in 1997. He earned a bachelor of arts degree with a major in economics and a minor in mathematics. Derek was awarded honors on his Senior Individualized Project regarding teaching in economics.

He also coached soccer at Fitzgerald and Covert High School. While he was teaching at Portage Northern, he went back to get his legal degree at nights from WMU Cooley Law School.

He graduated with honors in 2018 and earned the book award twice while enrolled.

Derek lives in Portage with his wife and two kids. His wife, Nikki is a special education teacher. Derek enjoys coaching his sons in soccer and also playing when he gets a chance. Derek is a board member and coach for the Portage Soccer Club.The family enjoys the many beaches of Michigan and has taken up a family hobby of fishing when they get a chance. Brien completed his undergraduate degree in History and Theology, with Honors, at Franciscan University of Steubenville in 2008.

Brien served as an Infantryman in the Army. He graduated from Airborne School and later deployed to Afghanistan in support of Operation Enduring Freedom (OEF) with 3/1 Infantry Brigade Combat Team as a Fire Team Leader.

After military service, Brien returned to West Michigan and worked for the Kalamazoo County Veterans Service Office and Area Agency on Aging.

During that time he also attended night classes at Western Michigan University Cooley Law School. While in law school Brien completed an internship at the Kalamazoo County Probate Court and participated in the Cooley Law School Elder Law Clinic.

Brien is a VA Accredited Attorney admitted to the Michigan Bar and the United States Court of Appeals for Veterans Claims (CAVC).

Brien lives in West Michigan with his wife and three children. He enjoys spending time with his family, running, fishing (open water and ice), gardening, and beekeeping. Brett Burke is a West Michigan native and completed his Undergraduate Degree in Legal Studies at Grand Valley State University.

Upon graduation, Brett attended law school at Western Michigan University Cooley Law School where he graduated with a J.D and was admitted to the State Bar of Michigan in 2016.

After being admitted to practice law, Brett worked in many areas of the law including business law, estate planning, property law, and corporate litigation.

Looking for a new challenge, Brett joined VA Disability Group PLLC in early 2021 as an Associate Attorney in order to help our country’s veterans and experience a more rewarding career.

In his free time, Brett enjoys camping, hiking, and kayaking with friends and vacationing with family. Spencer Jolicoeur is an Associate Attorney with VA Disability Group.

Spencer completed his undergraduate degree at the University of Guelph (2016). He earned a Bachelor of Arts Degree with a focus on business management and marketing courses. He also received a certificate of leadership for his academic and extracurricular work while attending the University.

While enrolled at M.S.U. College of Law, Spencer completed a legal externship where he assisted a V.A. accredited attorney in researching and drafting appeals for Vietnam War Veterans. After Spencer learned of the individual hardships these Veterans had to endure and the sacrifices they made for their country, Spencer decided that helping them appeal their disability benefits would be the most rewarding way to use his legal education and experience.

Spencer was born and raised in Toronto, Ontario but he now lives in Kalamazoo. He enjoys playing hockey, fishing, and golfing in his free time. Shauna is uniquely situated to her position as a Claims Specialist through life experience. She began a career directly out of high school as a hairstylist with the view of using her skills to serve others. She always viewed her position as an opportunity to provide more than a service, but also as a chance to connect with people on a personal level. She loved to learn their stories and be a cheerleader on the sidelines of their lives.

Upon marrying her husband, she immersed herself in her new role as an Army Commander’s Wife. Shauna soon became deeply involved with the PWOC community at their first duty station and had the experience of connecting with military wives in all walks of life. She shared intimate relationships that allowed her to peer into the lives of service members and their families. As a military spouse, she understands the needs of veterans and the struggles they face, having experienced them personally. Shauna is able to bring context to the table because she understands the service member and their family.

Shauna has spent the last 15 years as Director of Operations in the position of Household 6. She joined the VA disability Group team because she cares deeply for the community they represent. She loves connecting with our clients and working toward a common goal together.

Shauna lives in Kalamazoo with her husband and three children. She enjoys completing home improvement projects, reading, biking, and crafting. Jessica attended a few years at Kalamazoo Valley before deciding to jump right into working closely with seniors who have dementia.

She enjoyed being able to help them with day to day tasks and putting a smile on their faces.

She loves hearing all the different stories from each senior’s life.

She has always cared deeply about Veterans, but once she met her boyfriend and his Army family this grew.

This helped her love of helping and connecting with Veterans grow, which led her to working with VA Disability Group, PLLC.

She lives in Plainwell with her boyfriend, Dennis, and two German Shepherds, Blu and Scarlet.

In her free time, Jessica enjoys playing with her dogs and doing crafts around the house. 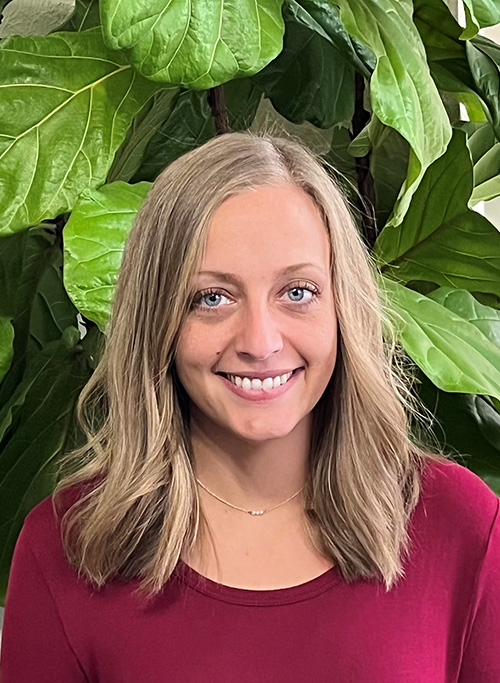 Kelsey spent her childhood growing up in the Southwest Michigan area. After high school she moved out west, living in Washington, and then in California.

When she returned home to Michigan, she worked in several areas of customer service.  This became her ideal job. She enjoys talking to every type of person, listening to their stories, and helping others with their problems, making her an ideal Claims Specialist with VA Disability Group, PLLC.

Kelsey lives in Kalamazoo with her husband, two kids, two dogs, and two guinea pigs. In her spare time, she enjoys reading, playing video games, watching low budget movies, searching for rocks with her children, and going on nature walks with the whole family.